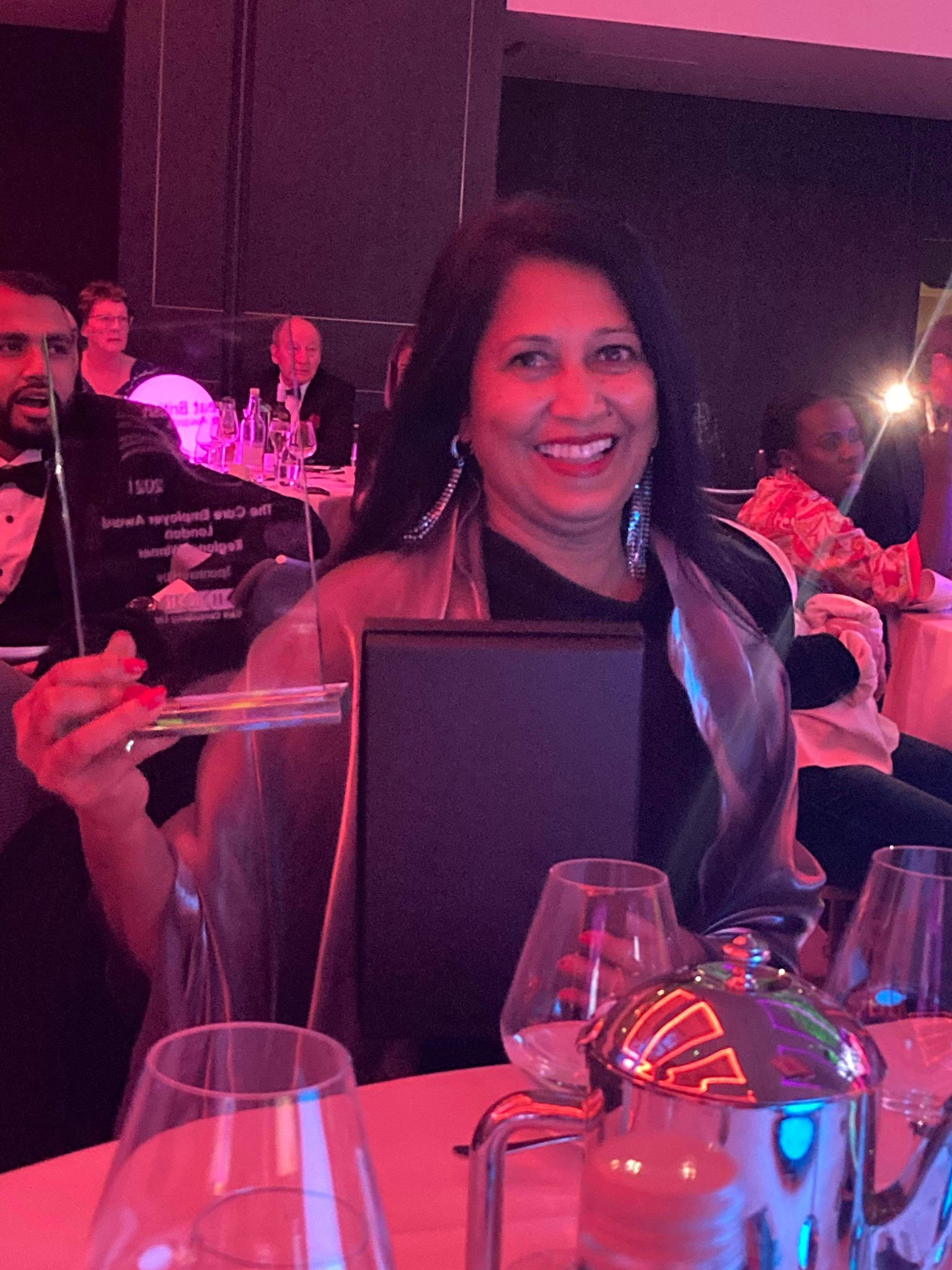 We are absolutely delighted to share with you today that Quo Vadis Trust have won the ‘Care Employer of the Year’ and ‘Care Inovator of the Year’ Awards at the Great British Care Awards 2021 Regional Finals!

Our CEO, Ingrid, received the ‘Care Employer of the Year’ award, and QVT’s James Davies bagged the ‘Care Innovator’ award last weekend at a special ceremony which also attended by other QVT team members, and will now go onto the National Finals, to be held next March in Birmingham. 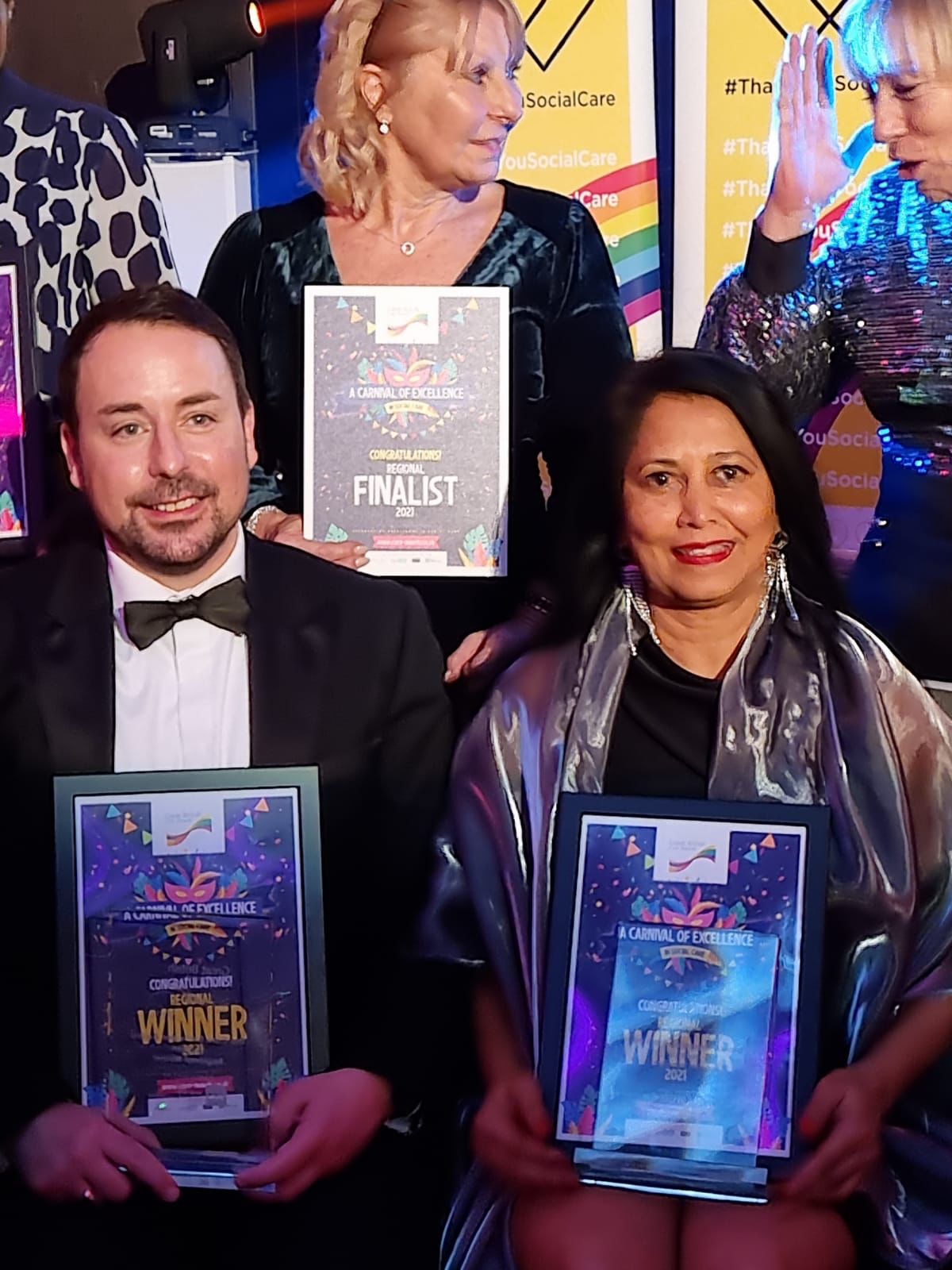 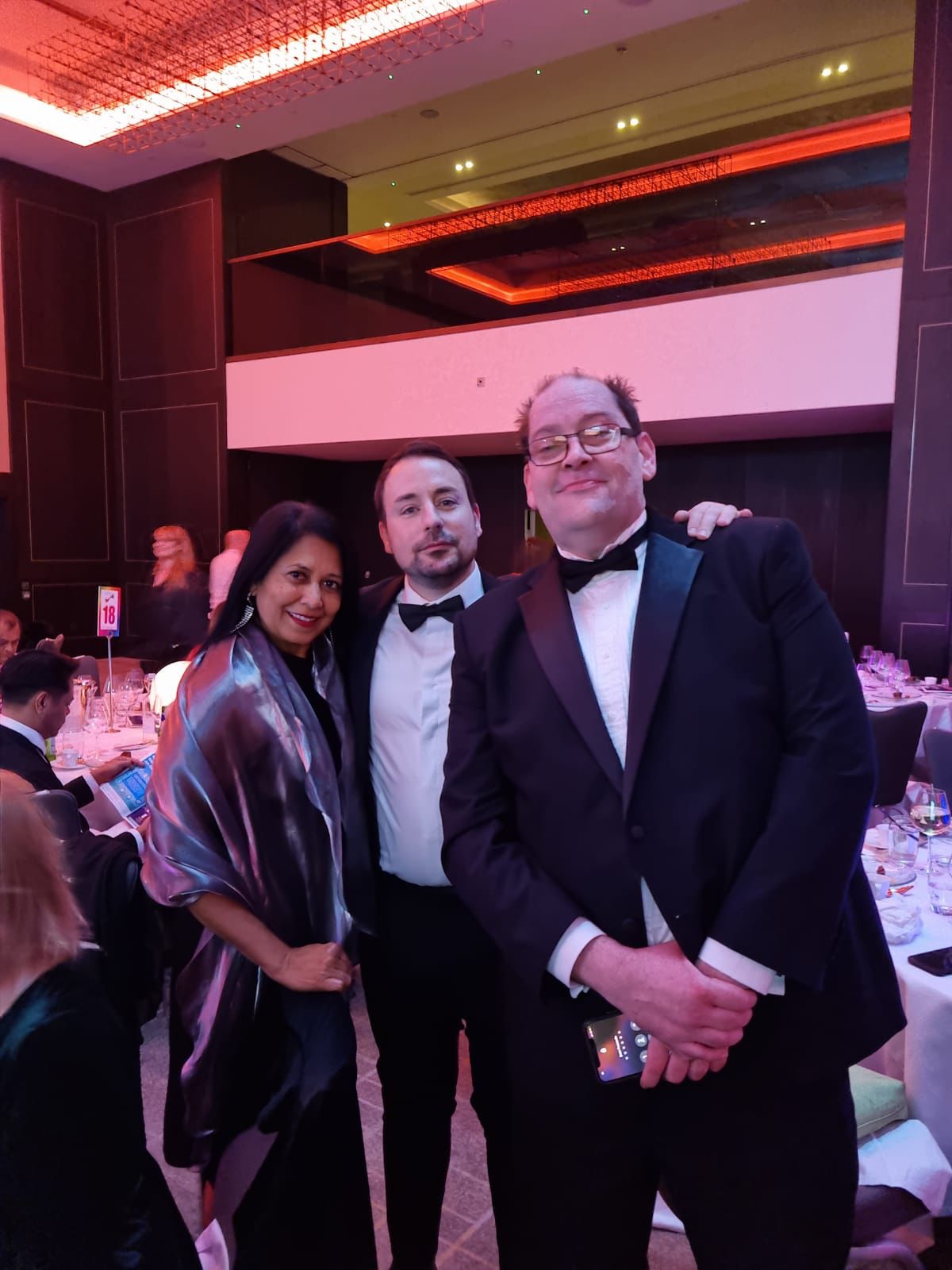 The awards recognise all of QVT’s hard work and dedication to their staff and clients over the past 18 months, and are so well deserved. The judges said when selecting their ‘Care Employer of the Year’ award:

“Ingrid is a dedicated and passionate lady whose enthusiasm for her role shined through her interview. She leads with love and has great dedication for her work. She truly understood that behind every great business are even greater staff. A gracious leader who understood and valued the hard work and dedication her team had given in the past 18 months”

“To win ‘Employer of the Year’ is a great achievement for any company. However, what is important to understand is that at QVT we are ‘servant leaders’ which means we follow our people in order to lead, and it is evident that our people recognise that. We are a humble, respectful, caring, organisation, who values the well being of our people above all else. I know that as the CEO of QVT, that if I look after my people then they will look after the business and the business will therefore flourish, and that is our ethos. It’s about respecting and valuing each other, and looking after each other so people know that they have an organisation that cares about them. Winning ‘Employer of the Year’ regionally has only been possible because of this ‘two way street’. I’m so proud that we’ve won this award and going through to the national finals, and want to thank my team- we couldn’t do it without them. The QVT family are all winners here!”

James Davies, QVT’s Head of Operations, was praised by the judges for his efforts during the pandemic:

“James has really thought outside the box and turned the negative situation we have found ourselves in for the past 2 years into a positive. His ideas and negotiating skills have not only helped grow the business that he works for but are making a real difference to people in his community. We were delighted to hear that the scheme has been embraced by Care Leavers and wish James every success for rolling it out across more London Boroughs. Congratulations James!”

We look forward to updating you on the results on the nationals early next year!